La Retraite School was founded in 1880, in what used to be known as Clapham Park, by Les Dames de La Retraite. They were sisters who had travelled from France with the aim of establishing a girls' school in South London. Their religious order had been founded by Catherine De Francheville in Vannes in 1674. 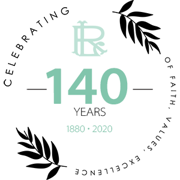 The sisters enabled women to go on retreat and thus escape from the burdens of their everyday life, contemplate their relationship with God, and return to their duties enlivened by the intercession of the Holy Spirit.  From the start, the order had a special devotion to the Sacred Heart and this special feast day is celebrated annually at the school.  In 1794, one of the La Retraite Sisters was martyred for her devotion to the Sacred Heart. The new French Republic had tried to suppress any interest in this kind of devotion.

La Retraite School soon gained an excellent reputation and the school began to grow. The sisters first bought Oakfield House, previously owned by the family of the Victorian portrait painter, De Lazlo. This now forms the heart of the convent next door to our school.  By 1897, they had bought The Oaks which was pulled down in 1935 to make way for the new school chapel and dining hall in the undercroft below the chapel.

In 1904, a third house called Springfield House was bought from the family of the famous music hall artist, Dan Leno, who was known as "the funniest man in the world and champion clog dancer". The Sisters were also lucky enough to buy the huge field behind the school site which is now our sports pitch. The house next door, Burlington House, was soon purchased and linked with Springfield House.

La Retraite School was now well established with a reputation for an innovative and challenging curriculum which inspired the girls to go on to university and study for the professions at a time when there were limited spaces for women. In 1913, the Western Block and the gymnasium were completed. In 1915, the school had 132 fee-paying pupils who were either day scholars or boarders and when La Retraite was visited by inspectors in 1920 they wrote: "The school authorities are to be congratulated on the amenities of the school buildings and grounds"  The gymnasium was considered "the finest in London".

During the Second World War the school was evacuated, via Clapham Junction Station, to Horndean, just outside Portsmouth in Hampshire.  The La Retraite Sisters continued their work of education and organising retreats, and after the war, when the school returned to Clapham Park, it became a two form entry Grammar School recognised officially by the London County Council. 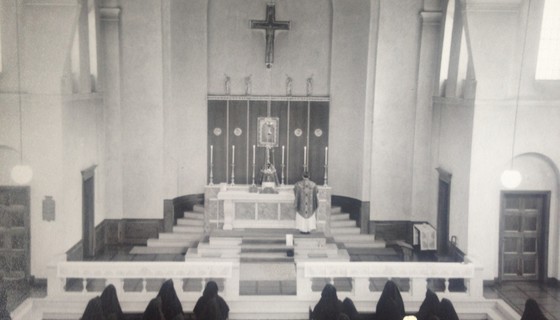 In the 1970s, when selective education was abolished in London, the school became a comprehensive school La Retraite High School. Its status changed again with the changing political climate. In the 1990s, it became a Grant Maintained school with a new name - La Retraite RC Girls' School, independent of the local authority.  However, in 1999, it returned to the local authority fold in Lambeth as a school in the Trusteeship of the RC Archdiocese of Southwark. In 1997, whilst it was grant-maintained, it set up its own Sixth Form, the first secondary school in Lambeth to do so.

The school has grown from strength to strength. Year on year new buildings have been constructed or old buildings been re-developed providing our students with the most up-to-date facilities with specialist areas for a range of subjects including Science, Mathematics and Technology:

In 2016, we finally, for the first time, had over 1000 pupils on roll (ranging from ages 11 to 18) which is a testament to the school's ever-increasing popularity amongst both  Catholic and local communities.  By 2020, we anticipate having nearer 1100 pupils on roll.

We still want to expand further to accommodate the increase in pupils and hope to obtain further funding over the coming years for a new Art & DT block, a whole-school Reception area with associated administration offices and a school hall. The plans are ready but we just need the green light and associated funding to go -  so watch this space!

In 2020, the year of our 140th anniversary, we opened our Aya Centre - a dedicated Sixth Form space and classrooms designed to suit the new T Level qualifications - T Level Digital (2020), T Level Childcare & Education (2020), T Level Construction (2021). These state-of-the-art facilities allow us to give students the excellent tuition they need for these innovative new courses, and study spaces to help motivation and concentration.

The tradition of La Retraite, reaching back to the 17th century, and our modern approach to the education of those students in our care intermingle to provide an atmosphere where students learn best, where they grow and develop into thoughtful and responsible Christian women determined to play a significant role in the 21st century.